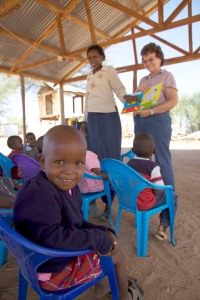 To Americans doing missionary work in Kenya — at an orphanage for kids left parentless by the AIDS epidemic, at a school in one of Africa’s largest slums, and at a preschool in the rural outback that serves as the one neutral location in an otherwise war-torn region — it isn’t hard to find striking examples of the disparity between the rich, safe, comfortable life in the United States and what Kenyans endure.

It also isn’t hard to find ways to help. When people have next to nothing, it doesn’t take much to make an immense improvement.

In the seven years that Charlie and Cathie Schmelzenbach, of Soldotna, have been doing missionary work in Kenya, they’ve seen needs that dwarf any contribution they could ever hope to make, yet they’ve also found never-ending ways in which even seemingly small efforts — by American standards — have a large impact.

“When we first found these kids they were sleeping on a dirt floor. They were walking a mile to get water. They had no electricity, no water. Some of them had beds, some of them didn’t. You just can’t walk away from something like that,” Cathie said.

On a photo safari trip in northern Kenya, they visited Archer’s Point, a point where travelers need to stop and join with an armed guard before venturing into the aptly named badlands. There they visited a preschool, which serves as a regional meeting place and agreed-upon neutral ground safe from the intertribal violence that is endemic in the area.

The school has a dirt floor, no electricity and relies on light coming in through an open window and slats between wallboards. Cathie, a retired computer specialist in the Kenai Peninsula Borough School District, is particularly touched by the challenges schools in Kenya face.

“They knew I was a teacher and so the kids said, ‘Oh, come with us, teacher,’” Cathie said. “So they took me into their classroom and this one girl went over to the bookshelf and got their one book, and held it over their heads so nobody could touch it, and she laid it on the table and said, ‘Look what we have.’”

One book for an entire school, and they felt blessed to have even that. END_OF_DOCUMENT_TOKEN_TO_BE_REPLACED

Say it with sugar — ‘Goodie’ ways to say thanks this season 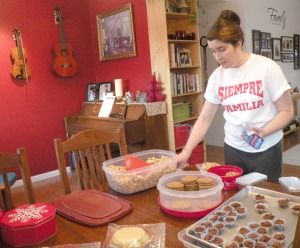 There’s a special kind of magic infusing kitchens this time of year, bestowing the power of speech upon various combinations of flour, sugar, butter, eggs, spices and flavorings.

What goes in the mixing bowl may be any old recipe for cookies or candy, but what comes out of the oven, gets packaged into brightly colored tins and delivered to various friends, family and acquaintances becomes a way to say, “You are appreciated.”

“As we start getting close to Thanksgiving you kind of get more in a mindset of really thinking about the things you’re grateful for and the people you’re thankful for in your life — whether it’s every day or just a couple times a year. You just start thinking about that stuff. If a plate of cookies is something I can do to say, ‘Thank you,’ then that’s what we do,” said Sheilah-Margaret Pothast, of Soldotna.

Pothast has a lot to say. Combine a teacher’s inherent friendliness, a mom’s genuine interest in your health and a personality that tends toward being effervescently chatty and you’ve got a woman who will greet you warmly, inquire sincerely about your well-being and offer attempts to make you more comfortable within the first few seconds of meeting her.

Mix that personality with a family tradition that food equals love and you’ve got a baker who produces a steady stream of goodie packages over the holidays, the sheer volume of which seems disproportionate to the amount of time and energy you’d expect a working wife and mother of two active teenagers to have.

“I basically start in late November and just keep on going,” she said. “I don’t even know (how much time I spend). I can’t even put my brain around that. Last week I took my son to school, came home and hammered it for two hours and got out three batches of various things before I went in to work, so it just happens in pieces. It’s a lot of a little at a time. Sometimes the dough gets made the night before and then I bake the next day.” END_OF_DOCUMENT_TOKEN_TO_BE_REPLACED 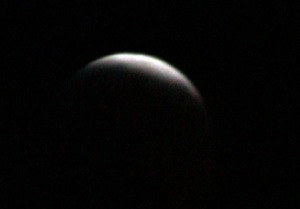 By Dr. David Wartinbee, for the Redoubt Reporter 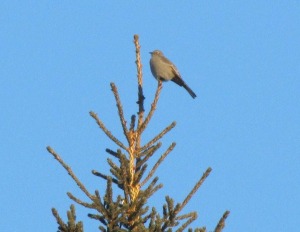 Photo courtesy of Dr. David Wartinbee. A Townsend’s solitaire is seen sitting on top of a spruce tree in Soldotna during the annual Christmas Bird Count on Saturday.

This weekend was the 111th Christmas Bird Count, and a local group of hardy birders headed out Saturday morning to assigned areas around Soldotna. The assignment is to spot, identify and count as many birds as we can within the designated area.

While I have been doing these bird counts for many years and I know most of the common local birds, I am in no way an expert on birds. I enjoy the company of fellow bird watchers and any excuse to be outside is good enough for me.

The area I have been scoping out during each count for the past several years is within the main business and residential areas of Soldotna. I drive around various neighborhoods as unobtrusively as possible, looking for birds at feeders or those that might be sitting on a tree. I don’t often get to see the unusual birds or the more glitzy birds, like hawks, owls or grouse. I usually see lots of ravens, Northwestern crows and, sometimes, bohemian waxwings.

Filed under birds, science of the seasons

Editor’s note: This is the first of a two-part story about the attempted rescue of two World War II bomber pilots who were injured when their plane crashed high in the mountains across Cook Inlet. Part one follows the rescue team traveling on foot toward the crash site, and part two will follow the team as it attempts to recover the wounded men and return safely. Most of the information for this story comes from a 1943 Saturday Evening Post article written by one of the rescuers — Anchor Point’s Milo Fritz, who later gained renown for his medical work throughout the state and for his three terms in the Alaska House of Representatives.

When U.S. Army Air Forces Sgts. Don Harris and Charles Michaelis arrived in a fishing boat in the port of Anchorage at two o’clock in the morning on June 17, 1942, their appearance created an immediate stir among the military.

The two enlisted men, comprising half of the crew of a bomber bound for Anchorage, had been missing for more than two weeks. The aircraft’s last known location had been in a mountainous region west of the Redoubt volcano — a region on aeronautical maps of the time left blank except for the word “UNSURVEYED.” An extensive aerial search of the general area at the time of the disappearance had turned up no sign of the bomber.

In 1942, which was 17 years before Alaska became a state, information and population in the Cook Inlet region was considerably sparser. The 10,197-foot Mount Redoubt was not yet arrayed with sophisticated seismic and photographic equipment. Across the inlet, Kenai and Ninilchik were mere fishing villages, many of the residents of Kasilof were still farming foxes, and homesteading was five years away in the areas that would become known as Soldotna, Nikiski and Sterling.

Harris and Michaelis informed the authorities that on June 1 their plane had crashed into the side of a volcano they believed was Mount Redoubt, and that both their pilot and co-pilot had been injured too badly to leave the plane. The pilot, Lt. Edward Clark, had either broken or badly sprained one of his ankles, and the co-pilot, Lt. Joe Donaldson, had suffered a compound fracture of his lower left leg and had “something wrong with his eyes.” END_OF_DOCUMENT_TOKEN_TO_BE_REPLACED

To the dogs — Ski event shines on skijorers

Being tethered to a dog may sound like an easy way to get around on skis — especially up hills — but it’s not as low-energy for the skier as it may seem.

“You actively work, too. It’s a joint effort,” said Robyn Sullens, of Soldotna, who competed in the T-200 Winter Solstice Cross Country Ski Event at Tsalteshi Trails on Saturday with her boxer, named Chivo.

“It’s a special day,” said Tami Murray, T-200 executive director and the organizer of the skiing and skijoring event, which raises money to be split between the T-200 and the Tsalteshi Trails Association. “Dogs normally aren’t allowed on these trails in winter, so this gives Tsalteshi members a chance to come out with their dogs. This also serves as an opportunity to introduce people to what skijoring is and how to do it.” END_OF_DOCUMENT_TOKEN_TO_BE_REPLACED 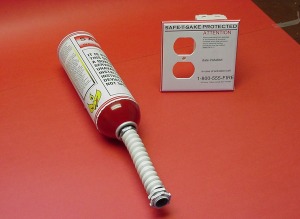 Photos by Alida Dunning, Homer Tribune. The Hot Shot mounts in the wall next to high-risk electric outlets. It is much less expensive to install than centralized electrical fire prevention systems, and can fit into existing construction.

In January 2005, Lyle Chesley and his family came home from a daylong outing to find their house burned to ashes from a fire caused by an overloaded circuit breaker box.

Chesley had been out shopping when his neighbor called to tell him his house was on fire. He thought the neighbor must be mistaken until he got home to see that the fire had completely consumed his house. The fire was caused by a type of meter base that has since been outlawed. Chesley immediately suspected the meter base as the cause, since he had previously replaced one after it caught fire.

A favorite quotation for Chesley goes like this: “If need was the mother of invention, then devastation must surely be the father.” END_OF_DOCUMENT_TOKEN_TO_BE_REPLACED

The Mouth of The Kenai
Create a free website or blog at WordPress.com.